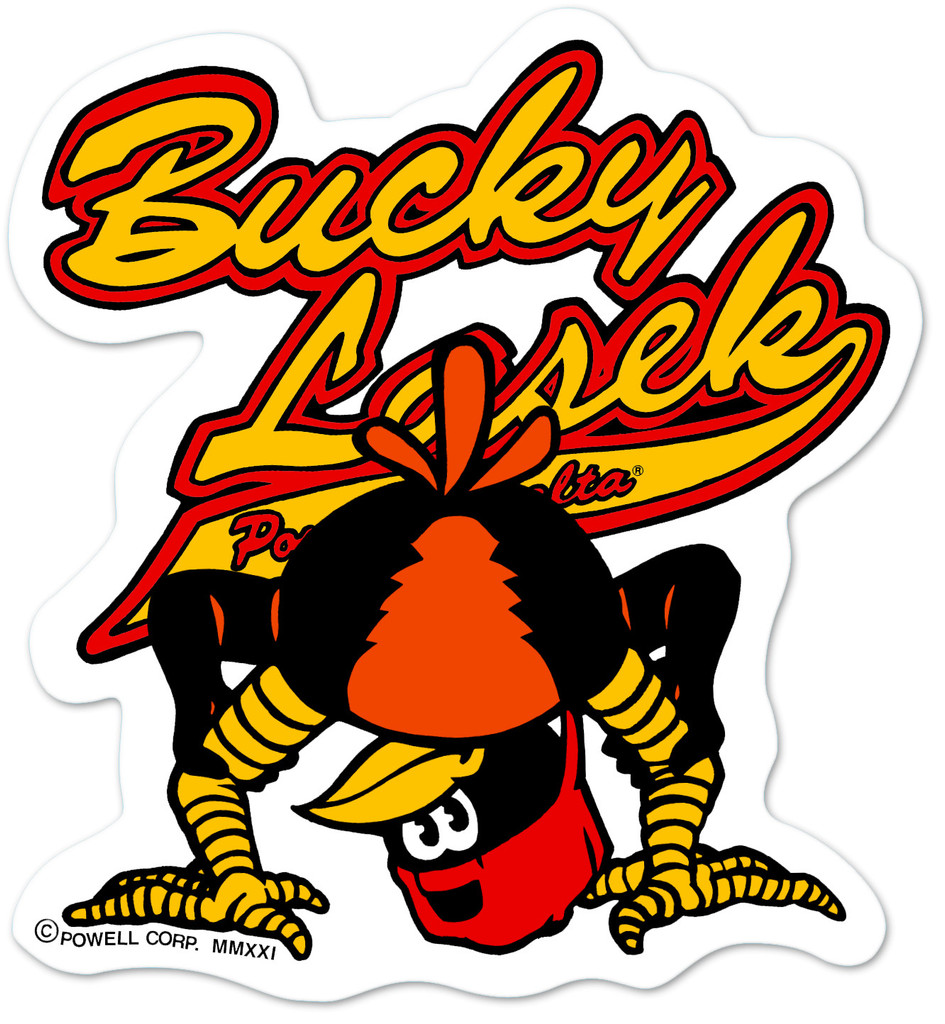 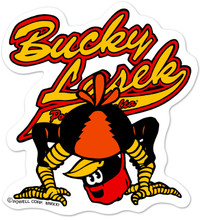 An east coast skateboarding wonder at a young age—there’s a story out there that Bucky started skateboarding after his bicycle was stolen, sure, but really there was a shop owner in Baltimore named Andy who liked Bucky, flowed him product, and generally made skateboarding affordable for him. He entered amateur contests and did well. His profile rose to a point where in 1989 Tony Hawk sent him a game changing invite to visit him in SoCal.

The 1990 release of what has become known as Bucky’s STADIUM model was one of the graphics designed entirely by Sean Cliver during his three years at Powell Peralta. The back-story behind the unusual baseball-themed graphic has little to do with Bucky’s interest in, or his ability to actually play baseball.

Not only was Bucky known for being a nice, likable guy, Sean also knew he was from Baltimore. At the time the Baltimore Orioles had gone through a resurgence because their new stadium (Camden Yards) was being constructed while Cal Ripken, Jr., was surging in his effort to play more baseball games consecutively (2632 eventually) than any human thought possible. Sean saw this as an opportunity for Bucky Lasek, the nice guy that people liked, to have a board graphic with lots of those people he liked on his board. BOOM!

-Nostalgic notes from the eidetic memory of Jim Fitzpatrick